There is something fun about some toadstools in your garden and they can give the feeling that you've fallen into the realm of fairies when you spot them. 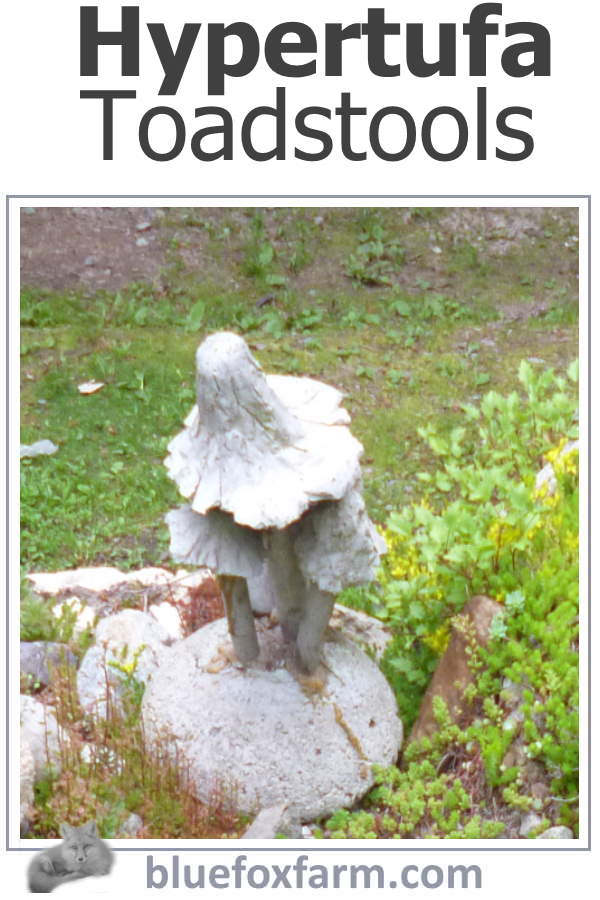 There are three main parts to this project, so it's a bit more involved than most of my simple and easy type garden crafts.

As you'll see, it's important to remain flexible; sometimes things don't turn out the way you plan at first.  This is how it started out, and I got there in the end.

The three parts are all cast separately, first of all the base and the caps, which each have a nail stuck in to hold the next section which is the stems. 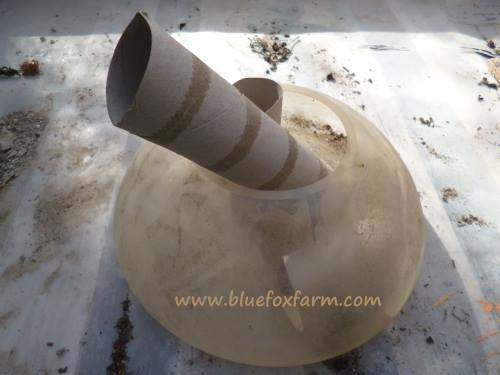 The base in this case is a glass odd shaped plant holder, which has been hanging around waiting for its chance to shine for years.  Here's the plan; 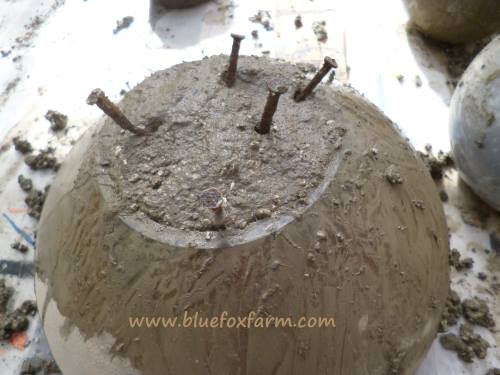 The paper towel rolls are cut on a slight angle, so they can be sticking out in different directions, just as they would in a real clump of toadstools.

This clump will have five caps, one large, two medium and then two that are basically just emerging.

Each paper towel roll will be stuck onto a nail, and the hypertufa mix carefully poured.

I may have to use tape to attach them and keep them in place.

The glass of the base will have to be carefully tapped with a hammer to break it and take it off.  Sadly, this will be its only use. 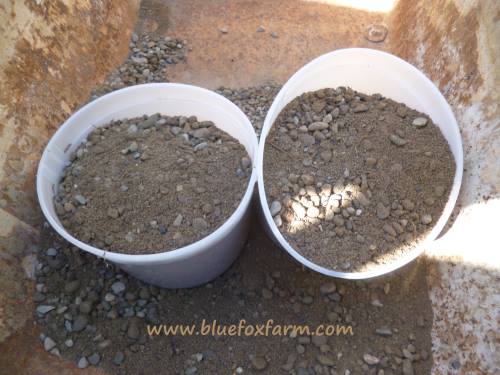 The caps are cast in sand, which is dampened, then the poly liner is pushed down into the sand with a rounded stick.  The poly will make the outer surface of the caps textured and lined. 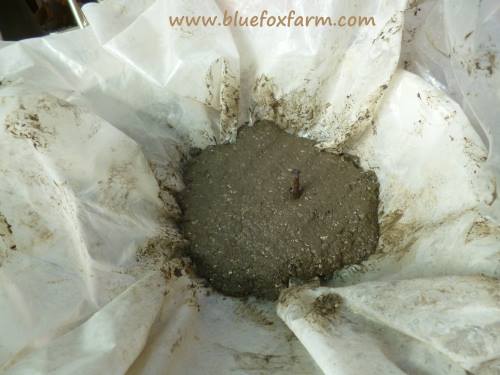 As always when you're trialing a new process, there is a steep learning curve.

I'm not sure I like the texture on the cap - maybe I need to try using finer sand to make the molds.

Note to self; make sure that you don't put too much water in the sand to make it damp - it can create an issue if the poly film has a hole in it.

Here's how the first one turned out - not bad! 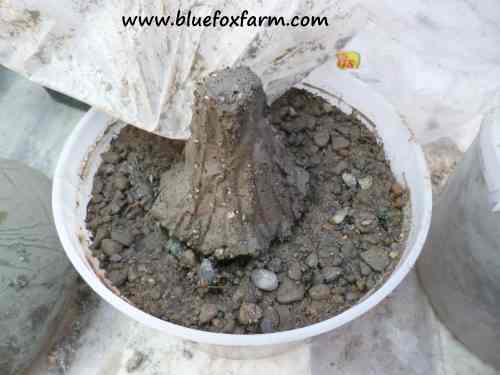 Next, the caps and base are placed under a shelf and strings or wires hold everything stable while the tubes (the stems) are filled with the mix.

The nails are there to pin everything together and prevent them from breaking off. 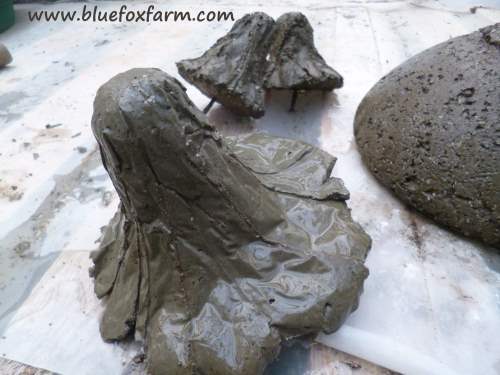 The first try at the largest toadstool was a disaster.  Moving it too soon didn't help.  This is the second attempt - successful! 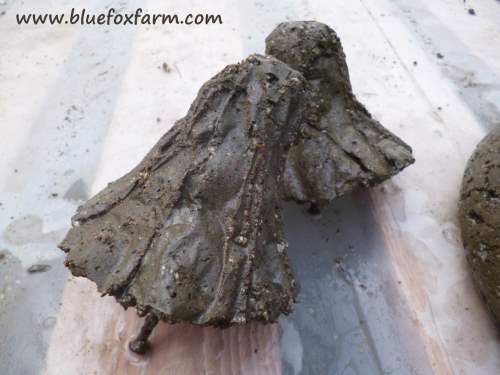 At first, I wasn't sure I liked the texture of these, but they're growing on me. 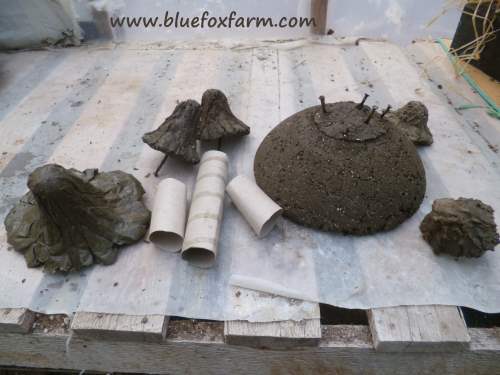 I can't wait to complete this project - waiting now for more Portland Cement.

Serendipity is a seemingly inopportune event that in time reveals an unexpected benefit.

This can be something so random in appearance, and at first glance seems to have a negative impact, but actually forces you to think outside the box.

I refer here to running out of Portland cement, which seemed to be holding up the project, but it actually made me think of other options, like my all time favorite material, twigs.

I find going for a walk unlocks the mind, and creates the perfect conditions for the appearance of a serendipitous revelation.

Which leads me to plan B;

The plan changes to switch the idea of hypertufa stems poured into paper towel rolls to using twigs instead. 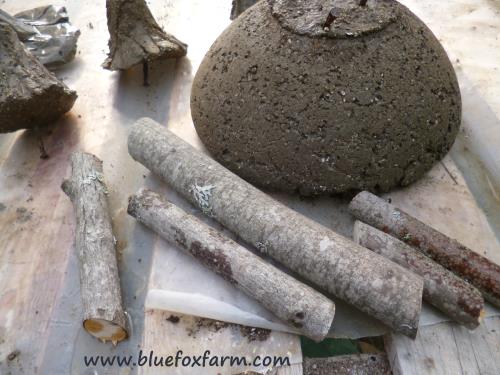 A hole is drilled into each end, which are cut on a slight angle.

The holes will fit over the nails in the base and the bottom of each cap.

I'll use glue to hold it all in place securely. 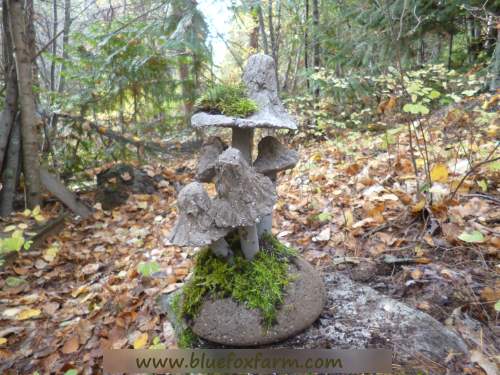 Finding the right glue has been a major problem - these are heavy, so the glue can't be too flexible.

Finally, I discovered Gorilla glue, which seems to work. 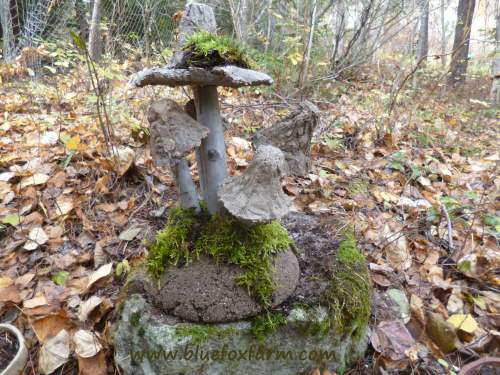 Stop the presses!  I've had a brainstorm.  I'm going to try this method to see if it works as well as I think it will;

This will be a really secure way of attaching them, and maybe no glue will be needed.  Try it!

Want to download this tutorial to refer to later?  Do it here!

Ready to Take Your Hypertufa to the Next Level? 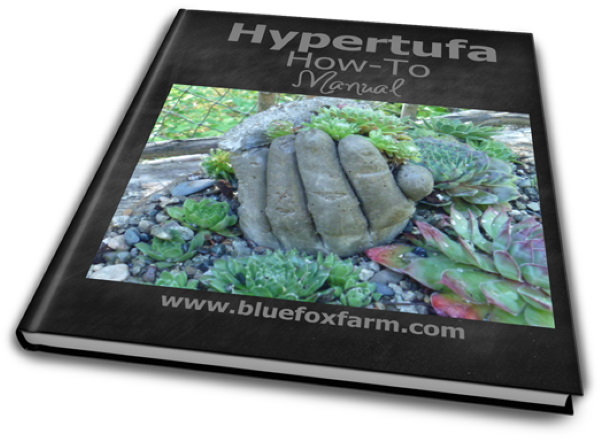