Immortalize Your Beloved Pet in Felt

Wool and other natural fibres are perfect for felting, but who knew how well the texture and color of it would make our beloved pets come to life? 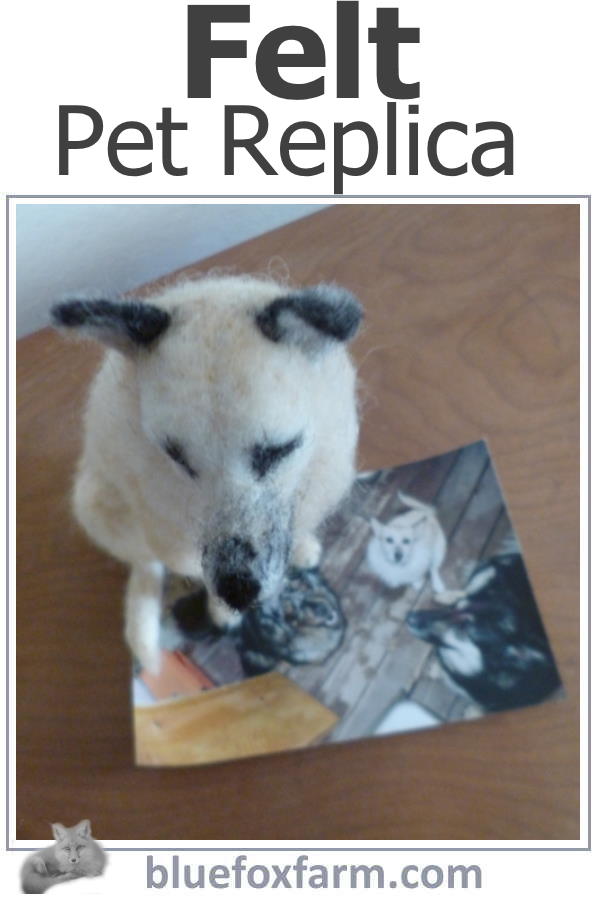 My little terrier was a bundle of fun and merriment, almost from the moment she arrived on this earth.  In her birth home she was known as 'The Sock Thief' for her hilarious habit of stealing socks and lying on them.

When I got her at eight weeks old, I already knew her name; Mrs. Tiggy Winkle was the hedgehog washer woman in Beatrix Potters books for children.  She had the same whiskery and wiry look, so that was her name, shortened to Tiggy. 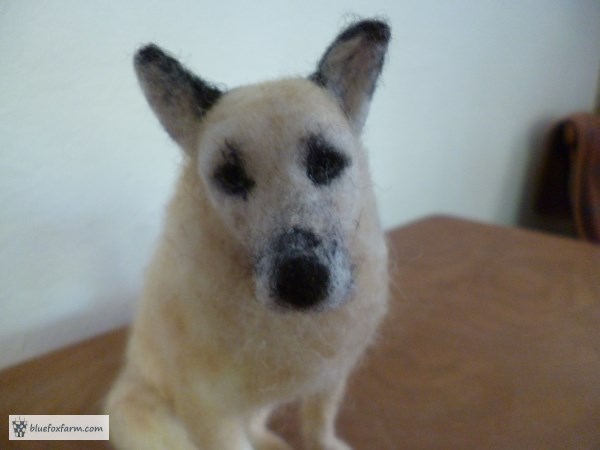 As she grew to adulthood, it was evident that this was no ordinary little dog.  She was so courageous and brave, it was obvious that this was a huge dog, in a tiny (twelve pound) dogs body.

One of the characteristics of terriers, apart from their hatred of small vermin, is the attribute of merriment.

They show this with their jaunty walk (or more likely, their run - Tiggy didn't walk until she was six).

The tail curled over her back showed her self confidence. 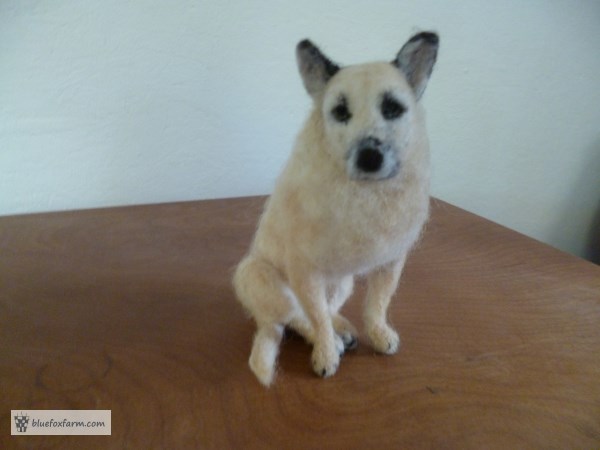 She was built with a lot of musculature in the front, with big paws for digging, strong legs and shoulders and a large chest.

One funny thing I noticed was that going downstairs, she would do it with front feet only.  The back legs never touched!  I wish I had video of this.

Another hilarious trick was that between her and Lucy, my other dog at the time, they would bounce and volley a small balloon between them, rarely if ever popping it, and only then by accident.

They would do this for up to twenty times, back and forth. 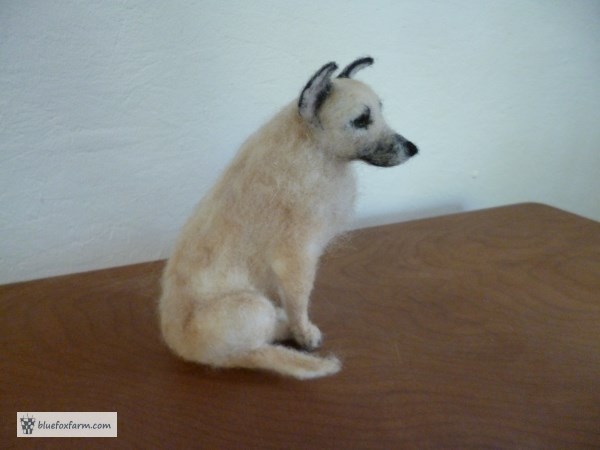 In time, as with everything, age and sickness caught up to her, and in the spring of 2006 the worst happened.  She got gastroenteritis for some unknown reason, and had to be put down.

She was twelve years old, which isn't old for a small dog; she could have lived for many more years, but overeating and finding deer legs in the bush to eat was her downfall. 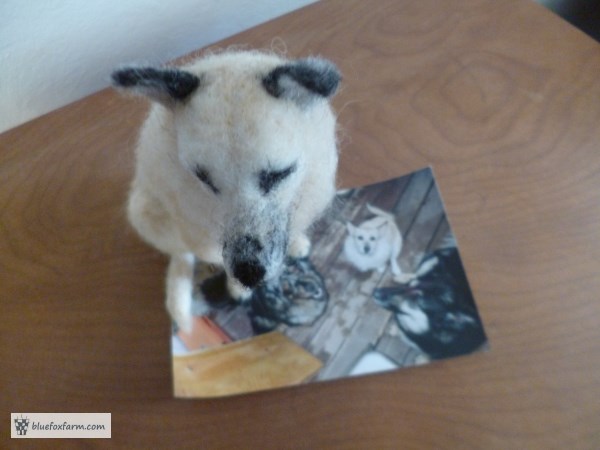 So many years later, I still think about her, and look for her.  So far, I haven't found her soul anywhere, but I did find All Things Felt & Beautiful and commissioned a felt replica.

This model is about five inches tall, and Sophie did such an incredible job of reproducing the Tiggy I know and love.