I've had this little kitchen table around for ages, and never did anything with it. 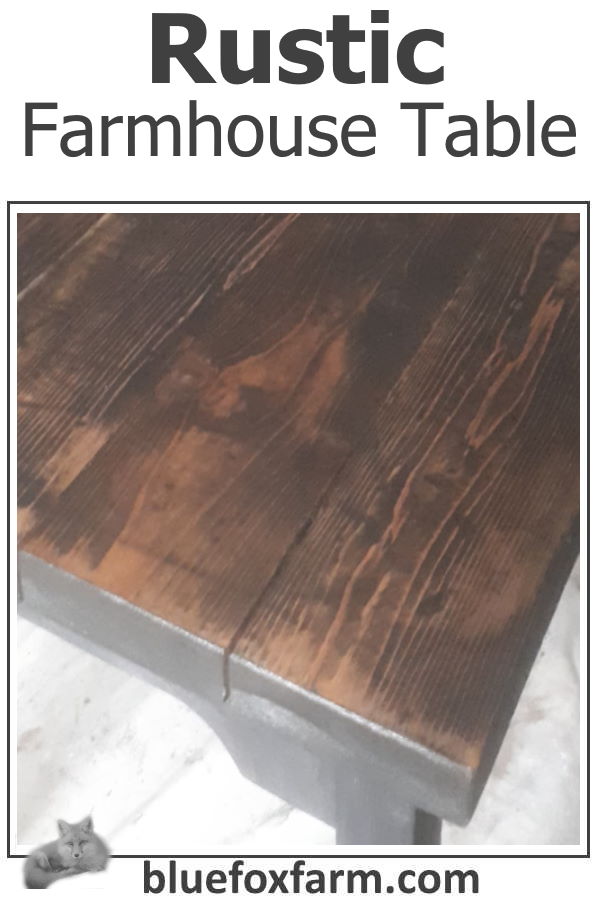 That changed, a few months ago.  It had been left outside for the past two winters, gradually getting more and more beat up. 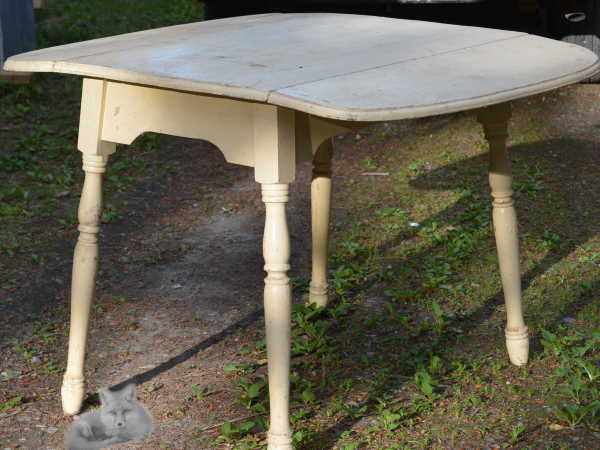 At some point, I had tried to strip it, but the paint was so gluey and thick that I gave up (hence being abandoned to the weather).

I used it for displays out in the garden, but then when Hubby arrived with some cedar boards on the wheelbarrow, ready to cut them up for kindling, I stepped in. 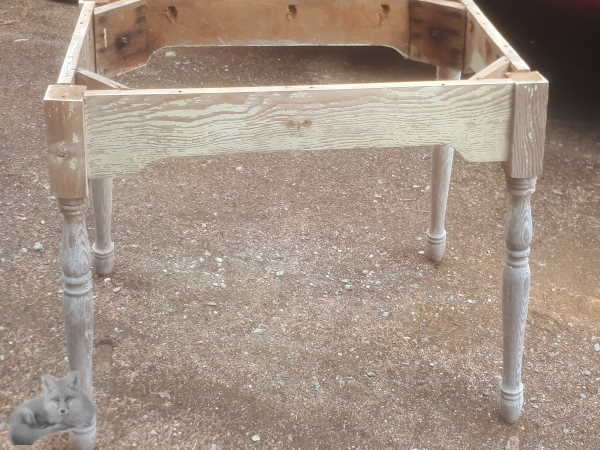 Top removed from the table - is it worth it?

He had a thought that a piece of plywood would be just the thing, and that the cedar 2x6 boards were too thick.  I begged to differ.

I think the phrasing I used was something like; sure,  you can put a piece of plywood on it, and sell it for ten bucks.  But if we put the boards on, distress them and paint them, we will get $110.

So, grudglingly, he set to and attached the cedar. The way the table was constructed was interesting, with angled pieces to tighten up the legs, which was a good thing, as they were loose. 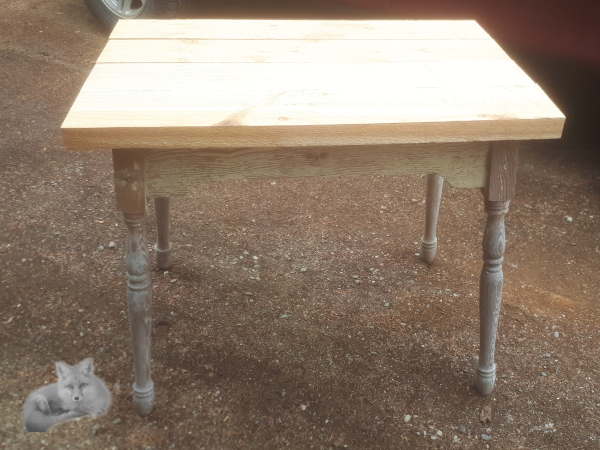 Trying out the look of the cedar boards on the base.

Then he placed a batten on the bottom of all the boards and glued them together.   I would probably omit the glue next time, and just let it be a rustic and weathered piece.

Hubby has a hard  time letting go of perfection, and being a meticulous carpenter, using the techniques I use to create a rustic piece is hard for him.  He got through it though! 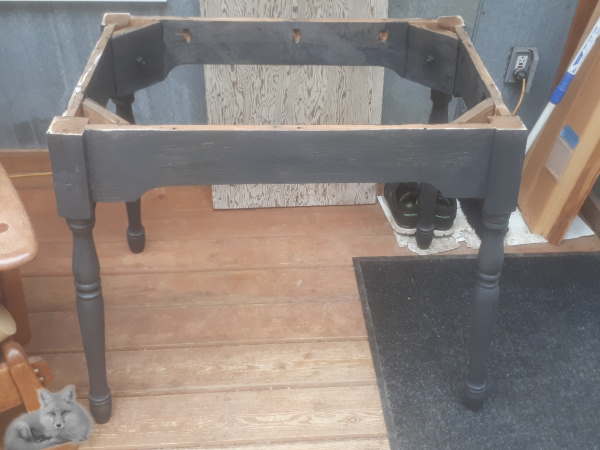 The legs are painted. Note the pocket holes to attach the top.

While he was waiting for the glue to dry, I painted the base, with those gorgeous turned legs, in a metallic, charcoal grey craft paint in acrylic.

It's not something I would normally have done, but it was the only craft paint at the dollar store. The color was achieved by mixing black paint with a small amount of white of the same kind of metallic craft paint.  This produced the lovely soft grey. 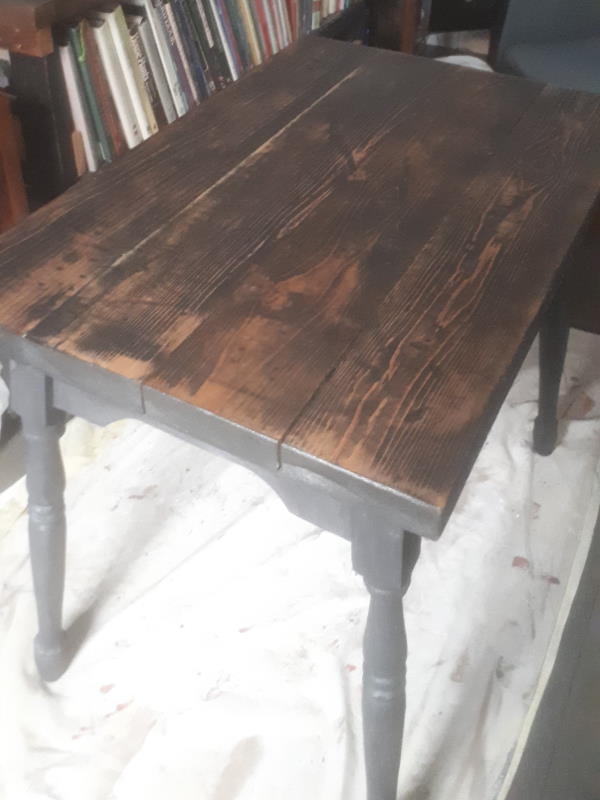 The assembled top, distressed and finished.

Then with the top assembled, the beating commenced.  Using various implements like a hammer, a cobblers last and a chain, we banged it up and made judicious dents in the top.

The next step was to paint it with my usual craft paint, in black.  After it was dry, it was sanded off with an electric sander.

This revealed the grain and allowed the dents and distressing to show, highlighted by the black paint.

The final step was the urethane. We used a water based product for easy clean up, and several coats later, it was ready to reveal to the general public.

It sold within hours of listing it, to a person renovating an old farmhouse.  And yes, we got the full asking price of $110.

For a different kind of project, check out the driftwood dining table.