Deer (or the bucks, which are male deer) shed their antlers every year, to reduce stress on their systems during the winter. 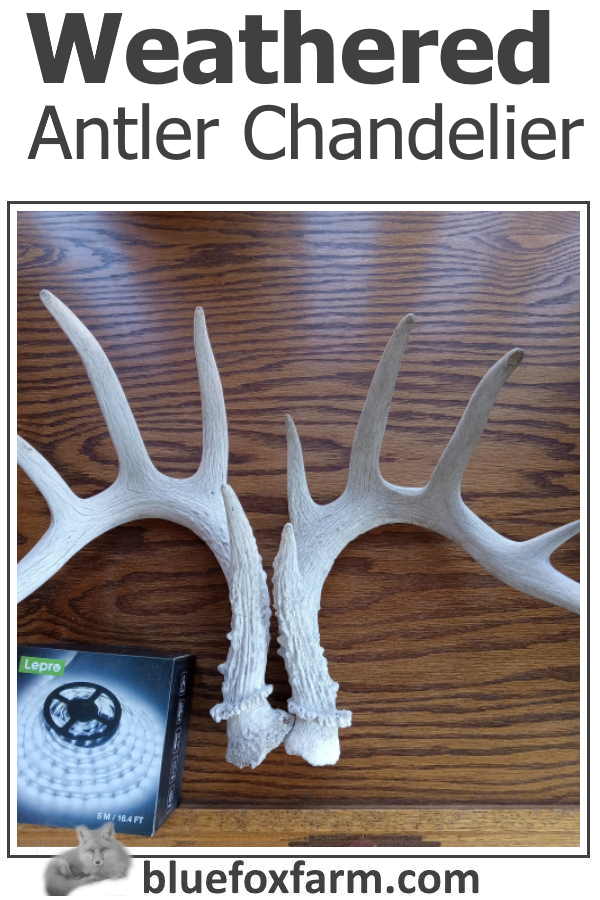 They use the antlers to attract females, known as does, and also to fight with other bucks.  The bigger the antlers, the older the animal.

Moving to our new place on the river gave me a whole new appreciation for deer, which are common and tend to be a nuisance.  This means they get fenced out of gardens, and end up on the fringes, which is where I come in.

They hang around here, where there is a lot of browse for them; things like cottonwood trees, maples which they eat the fallen leaves like potato chips and the samaras or seed pods for dessert.

They also like apples, and the trees that produce them, pruning them off into a mushroom shape, flat on the bottom.

I've seen them cross the river, wading carefully across, to get to more browse on the other side.

After the rut, when the does are receptive to the bucks, they shed the antlers, leaving them on the ground.

These particular ones were shed a long time ago, probably decades, which accounts for how bleached and weathered they are.

They are so intriguing and magical in the shapes and curves that they have - like snowflakes, no two are alike. They are so effective in crafts, but also interesting enough to be displayed alone as a sculpture.

Collecting them at this stage is easy, as the white colour stands out against the grass.  In winter, they would disappear under the snow.

I'm actually surprised that they haven't been chewed much by other animals for the minerals they contain.  Dogs certainly like the fresh ones, but these don't have a lot of appeal.

I had two thoughts about how to make this project; the first was to attach the antlers to the top of a standing light fixture, with the addition of a string of LED lights.

The other is to make it into a swag lamp, with a chain, holding the cord for the lights.  The LED lights are on a long (16') tape, which has double sided tape to stick them on with.

I'll have to decide which direction this project will go in; either way, chandelier or swag, it will be unique and totally different.  And who knows; maybe another solution will serendipitously appear.

After un boxing the light, which is a roll of tiny LED lights on a tape, I came to the  conclusion that a chandelier wouldn't work as the cord is too short to go all the way up to the ceiling and back, so I'm using plan B, which is to refurbish a standing lamp.